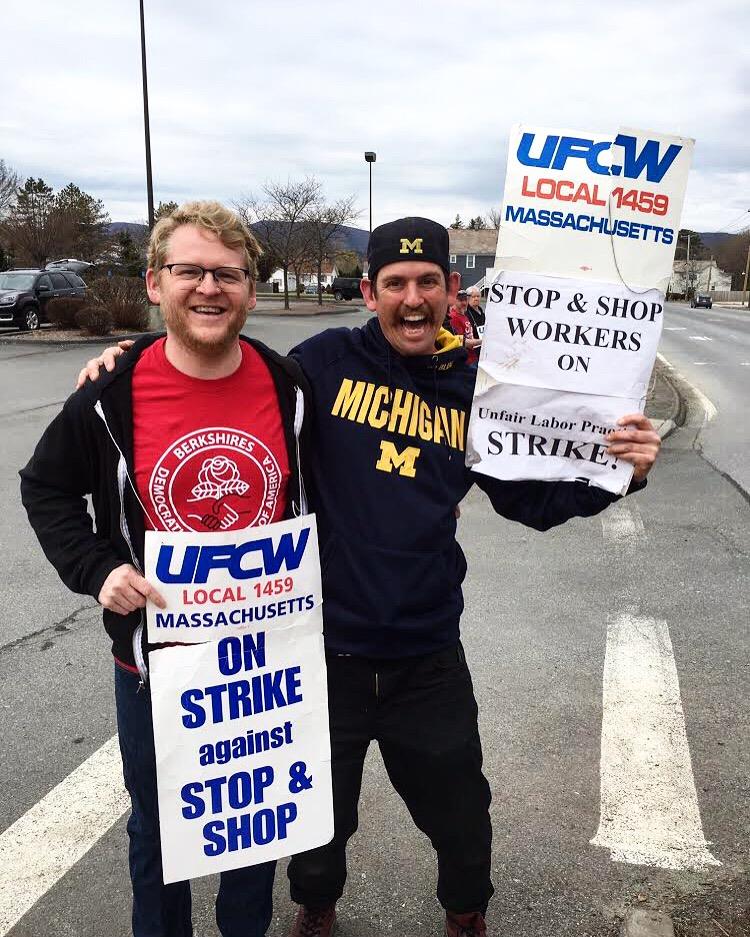 The Democratic Socialists of America

The Democratic Socialists of America (DSA) is the largest socialist organization in the United States. We believe that working people should run both the economy and society democratically to meet human needs, not to make profits for a few. We are a political and activist organization, not a party; through campus and community-based chapters, DSA members use a variety of tactics, from legislative to direct action, to fight for reforms that empower working people.

The Berkshires DSA began when a small group of local DSA members began to coalesce around the idea of forming a local chapter in 2017.  After a couple of years of organizing work, we were officially recognized as a chapter by the national organization early in 2019. Today the chapter is continually growing, with a general meeting on the 3rd Thursday of every month, and Working Group meetings in between general meetings. (see our Facebook page for details).  Both members and non-members are welcome at our meetings.

The chapter is forming Working Groups to focus on specific issues, including Labor Solidarity, Ecosocialism, Education, Medicare for All, Queer Socialists, and Racial and Social Injustice.  We welcome members who want to join our existing Working Groups or would like to organize a new Group for another issue they’re passionate about.